yoocan - Phillip Jones - A movie You don't want to miss

A movie You don't want to miss 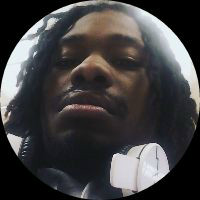 Hi, my name is Phil, I'm 26 years old and I am a T3 paraplegic. On November 1st, 2012 I was in a motorcycle accident. From the accident I went into a coma and woke up one week later unble to move or able to breathe on my own, but I was still alive!

My mother was told that I would not make it due to all the trouble my body went through. I had six surgeries; one everyday for about a week. I stayed in the hospital for about three to four weeks. I was moved to a rehab facility called The Kessler. I was no longer the same man I was before the accident. I became bitter and angry at the world for no real reason. I guess you could say I had displaced anger because I could not walk or understand what was truly happening in my life.  The anger was actually about the changes my body were going through.

I was about to give up, ready to quit and let go of my life, but God had other plans for me plus my mother was not letting that happen. After about two to three months, I was released from the rehab center. Being home did not feel the same, nothing was how I left it. There was a hospital bed in my room. I left one hospital to go to a rehab center so now being home felt like I was in a nursing home. After being home for about three weeks to a month I found out that I had an MRSA infection, and it was really bad. The medicine that I was receiving was so strong that it would make my stomach bleed sometimes. I couldn't wait to get out of the hospital for the second time.

Watch me Make a Comeback

Now being home for the second time felt a little different than last time. I had more energy, I was more enthusiastic and wanted to get out and do more. I started my outpatient rehab and was fighting to get back to where I needed to be. Most people would think that getting back to where I needed to be was trying to get up and walk. Yes, that was the goal but at the same time you have to also be realistic with yourself and know that there is a huge possibility that that will never happen. So my goal was to be as mobile as possible and not let anything stop me from getting around just as if I was walking.  In August 2015 I started driving again, and I drove everywhere - no place was off limit. I was happy to be out and about and getting around on my own terms.

While doing my outpatient rehab, I joined a gym. This is where I felt at home, and this is where I needed to be. There's no better place that you can put a true athlete than in the gym. To a true athlete, the gym is like the office  - it's our workplace. This is where I began to put in work more than ever. I had to prove to myself that the man that was once in me before was still there. Being the athlete and competitor that I am, I began to look for wheelchair sports around me and ended up back at another place I called home - the track. Being back at the track was very different than running the track because now it was all about the arms.

The 2017 season will be my second year competing. I am part of a team called the North Jersey Navigators. This is a non-profit organization that tries to help and support and train athletes for the Paralympics and Junior Olympics.

The strongest muscle of the all

In September 2016, I started taking college classes. It wasn't something I really wanted to do, but it was something I knew I had to do to become a better version of myself. I was no longer able to handle physical working jobs the way I used to so now it was time to strengthen a muscle that controlled it all. My first semester in college I finished with a 3.5 GPA and this semester I have a 3.0 GPA so far.

The journey is still ongoing, and it's not one you would want to miss so stay tuned in; it's long way from being over.