Fighting through my medical journey 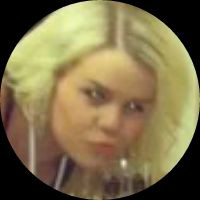 Hi, I'm Jade Kim Armstrong, and I am 25 years old. I was training as a professional dancer and was just about to make it big. I was at my peak, and I took part in a huge festival of dance performing on the main stage at Move It, a huge event in England. When I returned after that weekend and in the middle of a jazz class, I couldn't move from the floor. I returned to my home in Newcastle, and I was never able to return to dance again.  I spent 9 months of fighting with doctors's saying "there isn't anything wrong", "just get a new career," "it'll be sciatica."

I demanded a CT scan and sure enough had two spinal breaks and the bone was swinging, so luckyily I did not become paralysed. They gave me a spinal fusion l3-4 with bone marrow, rods and screws. Six months later I learned how to walk again.  I was gradually growing strong again, although I suffered left leg numbness post op, which never returned. I started Physio 10 months later and decided to travel as I felt I'd missed out.

My fiancé and I set off, but I had a fall in Calpe. I took myself to the hospital as my left foot went blue. That was April last year 2016 and I have slowly deteriorated since then. I told my surgeon I could still feel the bone moving in my spine, and he suggested to take the metal out. I demanded another scan, and it showed the fusion hadn't been successful, so taking the metal out wasn't an option.

Since October my joints have gotten to the point where they dislocate and sublux all the time. I started using a wheelchair full time. They diagnosed me as having Elhers Danlos Syndrome type three, which is a rare connective tissue syndrome. It confuses me how I was so well and fit up to this point, but I keep fighting because you must always stay strong and never let the NHS beat you if you know in your gut to keep pushing!

Since November, I have been diagnosed with PoTS and have a heart valve problem which explains the constant seziures and tiredness. They have diagnosed Fibromyalgia, which I'm not happy about. I feel it's a cop out because they can work me out. I still have so much pain in my spine, and I won't rest until they diagnose me properly and figure out why all this has happened to me.

Never give up, you have to keep looking to the future. I will walk again, and I will persue my career in performance and modeling - even if it is in my chair. I will also get a diagnosis. Positive mental attitude conquers all!