Let's Start at My Beginning

Born with Spina Bifida, I spent most of my childhood in hospitals – dozens of surgeries promising to “fix” me followed by months of rehab, typically at Helen Hayes Hospital.  I most often remember the pain, loneliness and daydreaming wishing to be home.  Although doctors predicted I’d never walk or graduate college, the prognosis instinctively motivated me to change my fate. My parents taught me to be strong (and stubborn). I went on to graduate as my college valedictorian and then law school.  The beauty of becoming independent felt good, but it came at a price.  Trying to overcompensate my entire life made me neglect my health.  But a chance encounter with a handcycle turned into my new lifestyle. The girl who barely passed gym class has now handcycled 26 marathons, rode 300 miles with wounded warriors, surfed, swam with Diana Nyad and medalled internationally as a competitive pararower.

Then There Was a Boy

About 10 years ago, a young 21-year-old boy with his whole life ahead of him was first entering Helen Hayes Hospital. During a motorcycle ride on a beautiful summer day, a car crashed through a red light hitting Peter head on flipping him over his handlebars.  Not feeling any pain, he woke up to the reality that he broke his back and would never walk again. An avid hockey player before his accident, Peter got right into adaptive sports, especially integrated ballroom dancing, skydiving and handcycling. As a founding member of the Helen’s Angels Racing team, Peter has competed in over 24 marathons

Not the Most Conventional Love Story, but It Is Our Perfect Little One...

In October 2014, Helen Hayes Hospital brought back its annual 10K race.  I signed up.  Also at the race…was Peter. He introduced himself. And in the most cliché of ways, the rest is history.   We starting building our dreams and goals together. I want to handcycle 58 marathons – 58 representing the birthday my mom never made it to before she died. Pete wants to get to 100 – cycling the length of NY to CA as a paraplegic, further than he ever would have but for that fateful day. Our craziness starts in early spring and lasts through Thanksgiving.  We travel throughout the country competing in at least 10 marathons a year. Our families think/know we are crazy!   My goal is to FINISH each race in 3 hours and savor a celebratory cheeseburger. Pete is hardcore finishing in under 2 hours often winning his division.  Our marathon life involves waking up at ungodly hours, racing in freezing rain, flat tires, mechanical breakdowns and games of hotel accessible room Tetris – but it’s always sprinkled with great experiences, awesome people and us being in love (even when we are hangry).   We know we are not going to live forever or our health may deteriorate as we age – sadly maybe to the point where we can’t handcycle.  So we choose to cram in as much LIVING as we can – being partners of “crazy” for life! 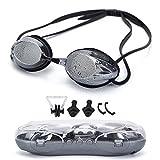 I am the winner of the 2018 ReelAbilites Film Festival + yoocan story competition! I have Spina Bifida + my partner (Pete) has a Spinal Cord Injury. Our passion in life is racing handcycle marathons together. We know we are not going to live forever or our health may deteriorate as we age – sadly maybe to the point where we can’t handcycle. So we choose to cram in as much LIVING as we can – being partners of “crazy” for life!