yoocan - Lachlan Nicholson - Finding the Will to Fight

Finding the Will to Fight 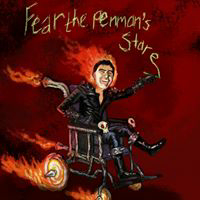 One Friday morning in November 2015, I was the victim of a home invasion. At the time, I was working as a communications manager for an emergency response company; my cousin (who is also my caregiver) and I were about to leave for a meeting when we were ambushed by a thief.

He forced my cousin back into the house and I was trapped in the car for about 45 minutes, unable to call for help because he'd also taken my phone. Violent crime is a reality of life in South Africa and I fully expected that both of us would die that day.

Fortunately, my colleague got suspicious when I didn't show up for the meeting and came to investigate. After attemping to flee, the thief was caught and arrested.

Surviving that experience had a profound effect on my emotions, but above all, one thought kept running through my head; I never want to feel this helpless again.

So, I did something I thought was crazy; I approached my friend, Sabum Sean Cremer, a 4th dan blackbelt in Taekwon-Do and asked him to teach me how to defend myself. I've loved martial arts since I was a child, but honestly thought he would refuse. I expected him to say something like, "You're a wheelchair-bound quadriplegic, there's nothing I can do with you." However, he took me completely by surprise and said yes. Thus, my life-changing journey began. I now hold the rank of yellowbelt, but the impact that training has made goes far beyond combat.

Giving Hope to Others

I have come to see that my purpose in life is to give hope to others by sharing my experiences - struggles and triumphs alike. I invite you to follow me in whatever comes next! 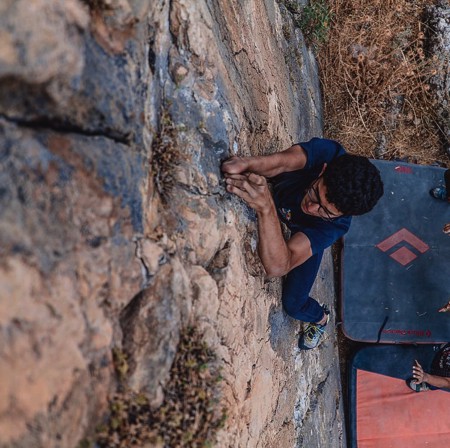 Adaptive Sports My name is Adel Abdel Razziq. I'm 16 years old. I'm Jordanian but I live in Lebanon. I was born with one hand. I've been horseback riding since I was… 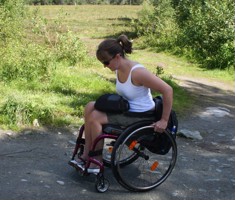 My Ride To A Normal Life After Spinal Cord Injury

I'm a South African guy in my mid-twenties, living just outside the coastal city of Durban. I am a writer, both by trade and talent. I was born with quadriplegic cerebral palsy and while it often makes life difficult, my disability does not define me. I am a student of Taekwon-Do, a Korean martial art and I plan to devote my life to motivating as many people as I can to push the limits of what they consider possible. You can find me on the following platforms: Instagram: @the_ghost_writer2208 Twitter: @Ghostwriter2208 YouTube: www.youtube.com/channel/UCyxhy9ApCjQD15HHY9SMvLA I also have a blog at http://ghostwritersgallery.blogspot.co.za.