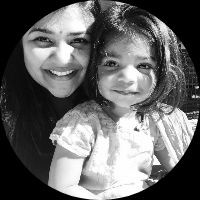 How I wish the Brain grew all throughout Life

Kyra's struggle started at birth. She was 12 days overdue, born at 41 weeks & 5 days. I was in labor for more than 48 hrs, my water broke and I had no knowledge when. I also developed a fever during the time. I was hooked to oxygen, I.V and fetal monitor for almost 8 hrs to see if the labor would progress. At one point, the fetal monitor showed decreased baby activity and a dropping heart rate. She was stuck in the canal very very low where the doctors could feel her head but she wouldn’t move. They told me she had to be immediately taken out.

She was rushed to the OT, given spinal block anaesthesia and within few minutes Kyra was born. She had respiratory troubles and Doctors said that she needed a chest x-ray to figure out why. She also started on antibiotics immediately as they feared she had contacted an infection as I had a fever. She spent the day in NICU Incubator. She could not regulate her temperature. An x-ray revealed nothing significant and they could not find the source of infection or as to why she could not regulate her temperature. They did a spinal tap on her to be sure and found nothing.

It was only when she turned 9 months old and would not crawl that we started observing more and noticed she would not use her left hand at all. We as ignorant parents thought she was a "righty", but something always seemed off. I started early intervention therapy for her. I kept bugging my pediatrician and she kept saying that I was over thinking as a first time parent.

After many many requests she finally said she saw that something was off. By this time Kyra was 11 months old and crawling a little. She thought it was Erb’s Palsy where the shoulder muscles are involved and maybe that was causing her to not to use it. We were very adamant now for a Neurologist reference. We saw a Pediatric Neurologist who took an MRI of her brain and spine and confirmed that Kyra had damage in the right side of her brain due to lack of oxygen probaby during the birth process which led to hypoxia and some of the brain cells dying. This condition is called Cerebral Palsy.

The War Against Cerebral Palsy

The doctor told us Kyra had moderate brain damage, and was not sure how much it would affect her. He said she might not walk or talk, but all of this would depend on Kyra's will since the brain is highly elastic and she can rewire it, but it will require lot of effort from the parent's and child's side. Thus began the War against Cerebral Palsy.

We educated ourselves, joined a wonderful support group for parents, found therapists who could help, and found books to help.

Here are some of the things we tried:

1. Scalp Acupuncture: 1x per week for a year
2. Kinesio Taping: I found a pediactic book on this and learned all about muscles and how they work and where to tie tape to help. We still do this.
3. Physical Therapy
4. Occupational Therapy
5. Speech Therapy
6. Deep Tissue Massages
7. Constraint Therapy: I do this at home as I cannot afford to go to professionals who do them
8. Aqua Therapy and Swimming
9. Chiropractic Adjustments
10. Anat Baniel Method: I found a book & educated myself on this one as well.

Kyra is my Superhero

Most of my time is spent learning about therapies, creative a fun environments for Kyra to learn in and not feel bored. She survived a pediatric stroke where she could have died as well; she is my superhero. Kyra fought so hard to survive, and she is still fighting hard. She can now walk independently, talk in sentences, and she is currently learning to jump. She is happy and that’s all that matters! 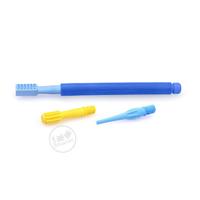 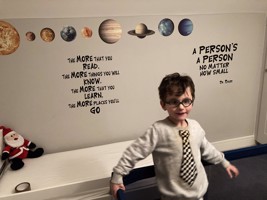 I am Swati, a 30 something Dentist who stopped practicing to help my daughter fight Cerebral Palsy and have fun in the process. We document our daily life on: https://www.facebook.com/imperfectly.perfect.lyf/