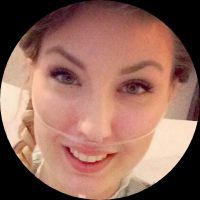 I'm never good at writing down/typing out my story, but here it goes. Ever since I was young, (4-5 yrs old) when I would get sick it wouldn't make me calm, want to cuddle with mom or dad, or anything you would associate with a small child getting sick. I would get crazy hyper (bouncing off the wall). We never knew why or that it was due to a condition that 1 in 200 kids have. I've always struggled with ADD, ADHD, OCD, and a few tics - again never knowing it was something curable. Jumping ahead to my 7th grade year of school I started playing Volleyball, and found out athletics and physical labor is "My happy place"/ "What I'm built for". There was a problem though, we never knew 3thing about my knees. 1 my right femur is 5CMlonger then the other, 2 there is no well (cup like formation) under my knee caps so the have nothing to control the motion (other then my tendons and musculs, which I was building and working the wrong group because of volleyball), and 3 knee caps are set to high. This all added to my coditions I didn't know I had. My knees would give out all the time, twisting and turning the wrong ways. So 10th grade I had left knee surgery to stop all the dislocations and the year after high school I had my right knee "fixed".

After a while, when working at a hospital for special needs children, every week I was sick with something new myself, and it made me have to resign from my job as a Nursing Assistant. (This was in January) In late July I became So sick that ended up in the hospital for malnutrition and dehydration. I was ther 14 or 16 days with non stop testing and they found nothing wrong with me, so the sent me home. Slowly I got a bit better on my own at home. That next January I left for college all hunky-dory, but by the middle of February I was wheelchair bound till the end of May. In that time though I went to every doctor possible close to campus, but only one doctor found some thing.( it was a sidafect but we were heading somewhere other then backwards) - after a simple exray he was able to see that the 2 bottom disks in my back had spun to the left 45 degrees and my spine had an overall C like curve, 28 degrees. So he slapped the "scoliosis" diagnosis on me and we moved on for a year of intense physical therapy and weight training. ( he told me I need Abs like a gymnast inorder to support my back and I needed to get there in 3 months) - I was still working 2 jobs and part time in school. So I was not sure how I was going to get there but since I never slept more the 4hrs at night (because of the undiagnosed conditions) I had the time to fit a little more gym time in. I was walking in June and that was went I was doing all the above mentioned work outs till December.

After Christmas break I took a nose dive in health again and was in so much pain and lost of mobility that come February 2016 I had to pull out of school and come home. Each week my family noticesed I could physically and mentally do less and less. In April I had a Masive "Hemiplegic Migrane" and then May I had begun to loose the ability to breath on my own. So to the hospital again we went. I was there 3 weeks and after an insane amount of testing the found an actually quite long list of conditions/disorders/illnesses SoI had: Lyme's disease, connective tissue disorder, B6 toxicity 3times the limit, hemaplegic migraines, PANDAS, Sydenham Chorea, MTHFR mutation, inability to detox and process most vitamins and minerals, Rocky Mountain Spotted Fever, 5 types of extremely high Mold toxicity, (partial seizures [not full so they can't actually do anything about it]).

This list was updated September 2016, and I'm still being tested bc there are a few puzzle pices missing. It's now April 2017, (I'm finally getting treated for things I contracts back when I was 4-5 after having scarlet fever) but I'm getting just a bit better everyday. I have so many goals a dreams from when I'm healed that I can hardly wait to: stand, walk, run, jump, sleep for more then 3-4 hrs a day, get a job, start back into sports, but first. I want to help spread awareness for all the thing that I have and struggled with since I was little yet all curable. While still doing that I want to pick one extreme athletic sport and dedicate myself to it so I can travel while spreading awareness. 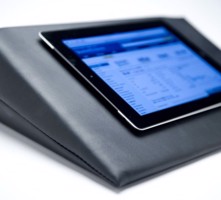