Hi, My name is Yasmina, I am 25 and from Scotland but now living in Melbourne. I was born with a movement disorder called myoclonus Dystonia, which means I do not have full control of my muscles and any of them can jerk rapidly at times.

It was when I started school and I compared myself to the other children that I realised my body worked a little differently to others. I sat in awkward positions in my chair to try and stop the jerking so I could write and I struggled to give presentations. At this point, no one had any idea what was wrong, I had been seeing a paediatrician alongside my sister but it was difficult for them to diagnose us. I had two brain scans and began to see various neurologists, but we were still no longer closer to answers.

As I continued my way through school it started to impact my confidence and self-worth. I spent many days frustrated, blaming myself and embarrassed by my jerking. I began to avoid situations that would trigger the jerks and I had decided that if it didn’t disappear then I would just live my life hiding in the background.

When I turned 18 I began to try different medications to see if they would help, some made me love my appetite and others made me weak. I found medication that worked in the beggigning but usually it was only meant for short term and I was living with a long-term condition so I had to increase the dosage constantly. In the end, it made me unwell and I no longer felt myself.

At 19 I hit rock bottom and I was extremely unhappy. I was constantly in tears and I just felt lost. Then when I was 20 I decided I could no longer live my life this way and something had to change, so I saved my money and bought a one-way ticket to Australia. After I turned 21 I left my family and friends behind in search for a better version of myself.

I met some amazing people and I slowly started to open myself up and try new experiences. There were many things that i thought i would never be able to but i slowly began to realize it wasn't my condition that was limiting me, it was my attitude towards myself and being scared of what others would think. At one point in my life when I didn't even like getting the bus alone and yet there I was traveling around Australia alone. Over the years my confidence grew and I began to love and accept myself.  I also focused on more healthy alternatives like diet and exercise to help strengthen my muscles. Writing has also been great for helping me move on from the past.

Now I am happy in my own skin and I still live with the jerk but it doesn’t rule me. I started up my own blog about my life living with dystonia and working on organising fundraisers to help raise awareness. MY life has done a complete 360 and I wouldn’t change anything about it, I only hope I can inspire and help others through their journey because no one should feel alone.

Yoocan! It was a summer of sport and wakeboarding for Alex Molina Rodriguez! Remember Yoocan do anything! Enjoy his fun day. 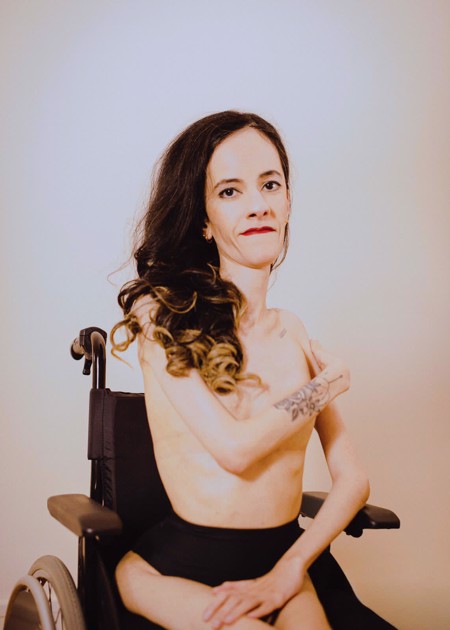 I am 28, born in France, raised in Scotland and now living in Melbourne. I was born with a movement disorder called myoclonus Dystonia. I created the bog and hashtag Living with a Jerk to share my story with others and show the world there is beauty in uniqueness, especially when we own it 💖