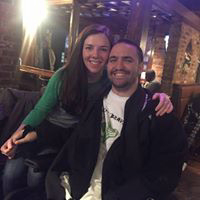 I took life for granted. Plain and simple. But don't we all? No one lives their life thinking everything can be taken away in the blink of an eye. That was me a young, successful, 26 year old man with the world within his grasp. Then, on June 1st of 2013 at around 1pm it all took a turn.

It all began as a regular day at the beach with some friends. We had a few drinks, sun was out, even had a little kan jam going. As a friend and I walked toward the water to see how cold it was, I never thought those would be my last steps wthout assistance for at least the next four years. As we approached the water, it was absoluelty freezing once it hit my toes. Unknowingly that would be the last time I'd feel temperature on my feet. My friend then bet me 20$ to dive into the freezing water (Little did he know I was going in anyway, so why not make 20 bucks out of it, right?) I ran into the water and went to dive in, this is where something took a turn for the worst, I think another wave knocked me off balance. I missed the dive and I hit the sand head first where the waves crashed.

Numb. That's the word I can describe the feeling. I hit my head and everything shut off. It didn't hurt, I was in no pain, just numb, floating and hoping someone would see me. What felt like an eternity was only about 6 seconds before the lifegauards rescued me. I remember saying to one of them , "get me the f**** out of here." I knew I did something bad. I shattered my C4 vertebrae, and draft my C5 and C6 vertebrae with an incomplete spinal cord injury. I spent the next 45 days in the ICU fighting to live. Despite many complications and setbacks, I was finally able to head to rehab after 45 days. Doctors insisted I'd never breathe on my own nor move anything below my neck, but they didn't know who they were speaking to!

Spent the next 13 weeks at an intense inpatient therapy center in New Jersey called Kessler Institute for Rehabilitation. There I was to be taken off the breathing machine and even regained some arm movement. That was just within the first 13 weeks. From then on I've been to 4 different therapy locations in the New York area, and a life changing spinal cord program called, Empower SCI. This two week program changed my life. It gave me the confidence to believe that life was not over, it just has to be done a little differently know. I am forever greatful to that program, I do not know where I'd be today without it.

Never out of the fight

Today, I am 30 years old, have a beautiful girlfriend, and I am making strides to get back to working and just living. If you know me you know I'm one to quote movies so here's a quote to end this, "no matter how much it hurts, how dark it gets, or how hard you fall, you are never out of the fight."- Marcus Lutrell 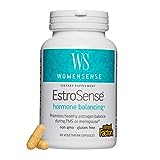 Living with a spinal cord injury one day at a time.