A Long Time Coming: My life with Spina Bifida and Scoliosis 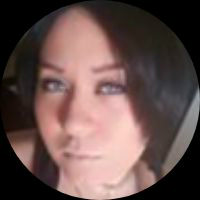 A Little About Me: Mekenzi

I was born with spina bifida and scoliosis, 24 years ago. The doctors told my mother not to expect that much quality wise for my life, and not to expect me to live past 18 and had actually told her to abort at 8 months pregnant (shows what they knew). That statistic had people worried for a while especially in the early years until I was 14 (over which I had 30+ surgeries). My very first surgery was when I was 7 weeks old, on the fourth of July, and one of the doctors happened to be the doctor who worked on President Kennedy when he was shot. As a few more years past my scoliosis got so bad it had me at a 98° curve. Being so young and at such a severe degree AND having a rare form of spina bifida (Lipomylomeningocele) put me in medical history books that are still used today. Ok now fastforward past years of summers and months in the hospital... to middle school; that's where the fun begins.

Now here is the fun part, proving them all wrong and the start of beating the statistics. Sure I still had problems in grade school and middle school, I had bullies both students and teachers, I had a full time Aide , and special education... But I also had friends, a ton of fun, and a knack for art, music, acting, sports, etc. When I lived in Colorado I attended a sports camp both in winter and summer. Did everything you can imagine and then some! My favorites were snow skiing, swimming, rugby, archery, horseback riding, and bowling (which I got a gold medal in). When I was about 10 we left Colorado for Wisconsin. There I didn't have a whole lot of opportunity for sports but I did fish. A LOT. Even took first in a junior derby and my sister took second (made a lot of people help us because we had just moved to town at the time, and took a "man's sport" by storm). I still did other sports here and there, was asked to be on a Paralympic swim and basketball team, but the drive to practice was 3 hours each way. So my sports activity kinda died down, especially after a full spinal fusion. But I didn't stop there...

Highschool is where I found my full love of art and foreign language. I started taking German and every art class I could. I also got involved in the school plays and musicals. I acted, I sang, I helped build sets, I ran some lights, etc. I was in 7 out of 8 plays in my highschool career because i opted to do cheerleading during one of the plays. In highschool I also did the unimaginable.. I got out of special education all together. I discovered art was way I loved most, in every form, And that spread to college. I started a degree in Media Arts and Video Game Development with a minor in Theater. My favorite classes were drawing, 3D Digital Modling, acting, set design, costume history, Tae Kwon Do, Japanese (elective), and Dance. Somewhere in my first couple years of college I met a fabulous woman named Chelsie Hill (some of you may have seen her on Ellen or at an expo or event). She introduced me to wheelchair dance and to her dance team in L.A. and had me come to their dance intensive which I ABSOLUTELY LOVED.

I continued dancing my last year at college and helped shape a new program that has a mixed class of standing and sitting dancers. I finished college in 2016 with a bachelor's degree in MAGD and Theater. And was on the Deans list 5 times and had no debt to pay. Now here I am in 2017 working a part time job in a new state I've never lived in before, already with an opportunity for work in my field and modeling for photos. Healthy as can be, on no medications, living a full life. These are just a few highlights in my life and i could go on and onn and i thank you if youve read even this far.. but i have to say at this point, all I can think is what would those doctors say now? 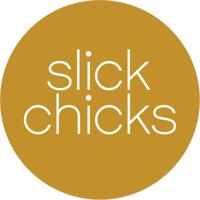 Hi! I'm Mekenzi!I'm a 24 year old artist with spina bifida and scoliosis. I do every art form you can imagine, from drawing to martial arts, and I don't let my chair stop me!