A Strong Mind Can Go A Long Way 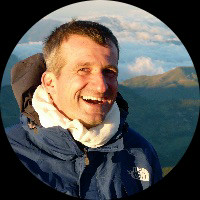 Setting out to test a new socket

What a day. I am just back from the Neue Traunsteiner Hütte - a mountain hut at the boarder between Germany and Austria - using the Wachterlsteig. And I am not yet sure whether I actually enjoyed the walk or not. But I am sure that I am immensely proud of myself. And for good reasons.

In the guidebook the tour is rated somewhere between energetic and strenuous and is supposed to take between six and seven hours for experienced fit walkers. The path is clearly marked and hard to miss, there are no exposed sections and a recently refurbished mountain hut run by the German Mountaineering Council awaits you at the top. With great food and a cold pint of lager. The demanding part is that almost all the difference in heights is covered within the first two and a half kilometres of the tour. So yes, it is steep and exhausting - even more so if you are an amputee.

And that was the very reason why I had chosen this hike. I wanted to see if the adjustments we recently made to the socket of my prosthesis would allow me to go out on longer and more demanding walks again. And it all started out well. The approach to the foot of the mountain was a leisurely stroll through a pine forest, the air still cool and refreshing in the morning hours. After about a kilometre the steep section started. And I was very pleased to see that the fit of the socket was great. It allowed me to make good progress up the mountain. At least for the first two hours of the walk.

What I had not factored in was that the very day I was hiking was an immensely hot day. Something in the range of 35 degrees centigrade. And with the heat came the sweat. And with the sweat went the good fit. So while I had no problems in the steep sections of the trail, I struggled once I reached the plateau with an almost mediterranean landscape, the path undulating in and out of the woods and through the sunny clearings. That was something I hadn‘t even considered to be a problem when I planned the trip.

So for the next two and a half hours I had to stop often to take the prosthesis off, dry the stump and the socket and put it on again. I had to walk in a way that looked and felt as if I had the leg in plaster, trying not to wiggle the prosthesis off all the time. And I had to be very patient pretending to myself that I actually enjoy the numerous stops. By that time I was way behind my own schedule, but still hoping that I would make it to the top early enough to be able to descent safely and before night falls.

"You are an inspiration!"

And I did. It took me longer than anticipated, but I managed. And it felt good. Several other hikers who had passed me on the way up greeted me at the hut. All of them congratulated me for having managed to walk up the Wachterlsteig. I have never heard the word respect so many times as on this very day. And while most others had booked into the hut to stay the night up in the mountains, I still had to get back down the same way again.

One women in her late fifties asked me if I actually plan to go back down the same day. And once I replied that that was my plan, that I would only grab some food, have a pint and give the leg some time to rest before I would head down again, she told me that I was an inspiration for her. And that I had just made her change her mind. She had intended to walk down on the Austrian side and then take a taxi back to where she started. This would be the easier and less strenuous option. But knowing that I will tackle the same, steep path was an encouragement for her. And so she went.

A long way down

After an hour in the sun it was time to head back. I had about five hours of daylight left l. Normally it is about a three hour walk down to the starting point. Given the problems with the prosthesis I calculated with four and a half hours. And while the initial kilometres went alright, I soon had to revert back to a slower pace, more stops and repeated adjustments of the socket. Once I reached the steep section I was already pretty exhausted and started to be less focused on my steps. And I must admit that I found the descent physically and mentally demanding. But - at least once I knew that I would make it down in time and safely - also very rewarding.

While this wasn‘t the most enjoyable hike I have ever been on, it was an important one for me. Over the last three years I had so many problems with my leg and the fit of the prosthesis that I have lost the feeling for what I can and cannot do. I have lost confidence when being out in the mountains. This walk was meant to help me regain this confidence. And it did. And while it was no fun to have a prosthesis that kept on falling off, it wasn‘t actually all that bad. I managed to complete this walk. A bit more than 13 kilometres, about 900 metres up and down again, 11 hours all in all. And I did so despite the problems. I managed to stay positive and motivated, I stayed mentally focussed telling me this is what I want. I worked out some routines to compensate for the ill-fit. And all this combined provided a good opportunity to regain some of my earlier confidence. My winning moment.

More from The Active Amputee

For more articles, please visit www.theactiveamputee.org, a resource page for amputees and their families.

I am a father of three amazing children, a husband to an equally amazing wife, a thankful cancer survivor, an outdoor enthusiast, a passionate development practitioner and a very active above-the-knee amputee. I am also the creator behind The Active Amputee, a resource page for amputees and their families.